A clause in the 2020 Landfill Franchise Agreement (FA) between Republic Services and Benton County is worded such that if any expansion onto the property south of Coffin Butte Road zoned LS (“Landfill Site”) is granted, the tonnage cap (the limit to how much garbage can be emplaced per year) goes away.

• The 2020 Landfill Franchise Agreement defined an intake limit (the “tonnage cap”) of 1.1M (1,100,000) Tons/year.
• This intake limit is eliminated if any landfill expansion is approved for the parcel South of Coffin Butte Road (the “Expansion Parcel”). 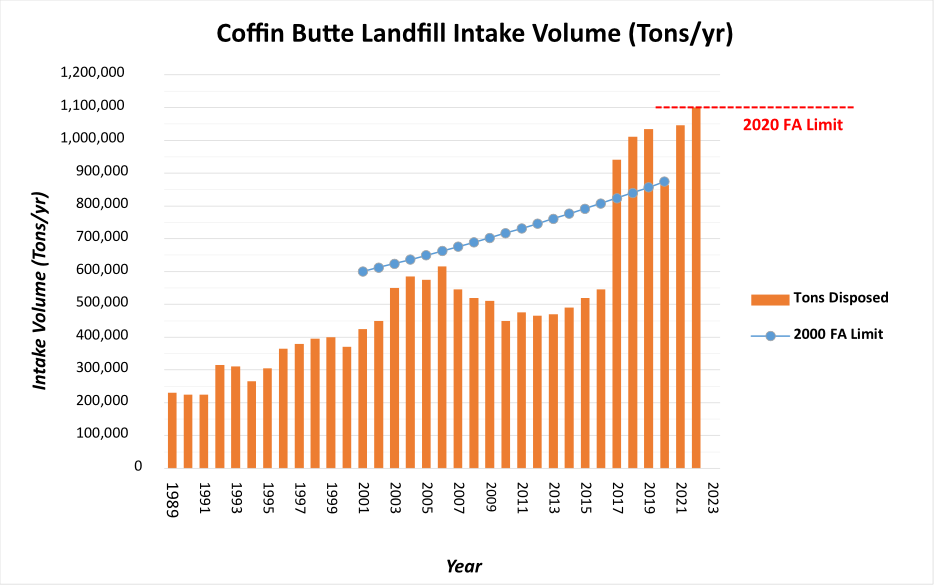 With expansion approval, the elimination of the intake limit could have several ramifications: